“Richard Cassidy, a Vermont attorney and legal analyst for NBC 5, said it is now on the judge to decide if jurors were influenced by their emotions to overlook evidence in their verdict.

‘There’s a certain amount of concern that the jury might be affected by the heinous events in question and their emotions might lead them in the direction of reaching a conviction,’ Cassidy said.”

“[Richard Cassidy, t]he lawyer for a Burlington police officer who is the subject of a use-of-force investigation says his client’s body camera footage makes clear that he was acting in self-defense.”

“Burlington officials must disclose bodycam video showing the March altercation outside the University of Vermont Medical Center between a city cop and Douglas Kilburn, who died three days later, a judge ruled Monday.”

“The decision is a win for the Burlington Police Officers’ Association, which sued on behalf of Officer Cory Campbell. Unless the city appeals to the Vermont Supreme Court, the footage will soon become public and may shed new light on the controversial case.

‘It will be good for everyone involved to see this, from Officer Campbell to the community at large,’ union president Dan Gilligan said.”

‘We think it’s good for union members to have this kind of video be readily available, because our people do a good job of doing very difficult work,’ he said.”

“A state judge has ordered the City of Burlington to provide Officer Cory Campbell his body camera footage and other records from his encounter with Douglas Kilburn, who died days after Campbell punched him.”

“Richard Cassidy, the union’s lawyer, said he was very pleased by the ruling.

‘I never thought it was a close case, so we’re not surprised we would prevail,’ he said. ‘We’re really hopeful the city will release the video promptly.’

Cassidy said while the city has 30 days to appeal the court’s decision, he hoped they would not use that time on an appeal and would instead release the video.”

Source: The Push to Remove Any Mention of Slavery From Vermont’s Constitution – The Atlantic, June 1, 2019

“Perhaps because of this onerous process, Vermont’s constitution is svelte. Amendments are judged by voters and legislators alike on whether they fulfill basic needs and structural concerns, rather than whether they legislate any specific issue, says Richard Cassidy, an attorney who studies the state’s constitution. That has meant the document is much more generalized than many of its peers, some of which have hundreds of amendments and concern themselves with such relative banalities as the government of specific municipalities.”

“​In February 2011, 21-year-old Evan Rapoza walked into the basement of a St. Johnsbury apartment building where Michael Kuligoski was fixing the furnace. Rapoza attacked the 50-year-old repairman with a pipe wrench, strangled him with a belt and tried to drown him in a bucket of water. Rapoza, who suffered from paranoid schizophrenia, had never met the older man.

​Kuligoski survived, but he has “very severe, permanent disabling injuries” and will never work again, according to his family’s attorney, Richard Cassidy. Rapoza was deemed mentally unfit to stand trial.”

“BURLINGTON — Rich Cassidy’s passion for the law was first sparked in 1970, when he was volunteering for former Vermont Governor Phil Hoff’s run for the U.S. Senate as an anti-war candidate. Amid all the controversy surrounding the Vietnam War, Cassidy said he learned about the wide impact the law could have, and that it could be “a tool for making the world a better place.” “I said, ‘I want to have that ability in my tool box,’” he said….”

Get Help Now
Home » In The News 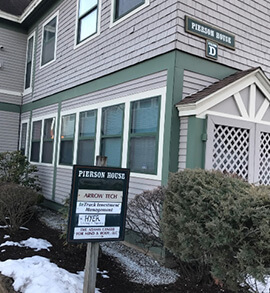